I overspent at Christmas and now I’m panicking about being in debt. I don’t earn loads of money, but I felt under pressure to buy decent presents for my family, even if I couldn’t really afford them.

My parents are retired and they’ve got more money now than they did when we were growing up, so they go on multiple holidays a year and have recently started buying me more expensive gifts for Christmas. This year they bought me a fancy watch and the year before it was a designer bag. My two older brothers are both quite successful. One owns his own building company and the other is an IT director. They think nothing of spending £100 on a present. Which is lovely of them, but then I feel I need to do the same and I just don’t have that sort of money to spare.

I work as an Occupational Therapist in the NHS, on a salary of £29,000. By the time I’ve paid rent, bills, and food I don’t have a huge amount left over. Big occasions like Christmas, or friends’ weddings always completely screw me up – I end up paying for them on my credit card and then, with all the interest, it takes me ages to pay off.

A lot of my friends earn more than me and I don’t think they realise how hard it is when you’re on a budget. I got invited to 3 different dinners with friends and they chose really fancy places. Even though I tried to keep it cheaper by not drinking, we ended up just splitting the bill anyway, so I had to pay the same amount and didn’t even get a drink.

I don’t like to let people down and I don’t want to look like the cheapskate one in my family or my group of friends. I think I’m quite a generous person, honestly! Normally, I just about manage to keep things under control, but this year I feel I went too far with what I spent. I’m already nearly at the limit of my overdraft and I’m too scared to look at my credit card statement. I’m not sure what to do. I feel really worried.

Can you help me?

I’m so pleased that you wrote to us. Your story is so familiar, because so many of us feel the festive pressure. And no wonder: there is an entire retail and advertising industry that spends billions of pounds trying to encourage or shame us into spending money at Christmas.

It’s incredibly effective and, because it’s so effective, millions of us are caught in this same trap. We’re each secretly a bit worried about how much we can afford to spend on presents and going out. Most of us are anxious about getting into debt. But we each buy into it – some a little more, some a little less – and overall it creates this giant vortex of spending where we feel like we’ll be marked out as a terrible scrooge if we don’t cough up!

So what should be a lovely time of year – catching up with friends and family, taking time off, eating your body weight in roast parsnips – becomes this weird, semi-competitive sport, where you feel that you’re judged on the quality or price of the gifts you give.

I completely understand why you’re feeling anxious. Getting into debt does feel scary, because it’s deliberately designed to be difficult to pay back. Banks make their money by charging you interest. And it works on a compounding basis. Which means that the interest you owe gets added to the balance, and then the next lot of interest gets calculated on that total amount. So you end up paying more and more interest and never catching up.

You can see how it can catch you out.

Don’t avoid dealing with your debt

So, don’t avoid dealing with it, even if it terrifies you to look at your credit card bill. You need a plan to start paying it off now, so it doesn’t get any worse.

Remember, getting into debt is not a moral failing. You haven’t done anything terrible. You’re not hopeless, or a failure, or even unique. The average UK household debt is around £15k, so I doubt you’re even anywhere near that figure.

If you’re ready to do something about it, here’s what we suggest.

1. Switch your credit card balance to a 0% card

Loads of credit card companies offer 0% interest when you transfer a balance from one or more existing cards. As long as you qualify for one of their 0% cards, you just move your debt over to them and – bingo – no more interest to pay for the duration of the 0% period.

For some cards, that’s up to 36 months from when you transfer the balance. So that gives you a full 3 years to pay off the debt, which will be easier anyway once you’re no longer paying interest on it.

If you apply for a new card you should:

2. Ask your parents for a loan

We know it’s embarrassing to have to ask your folks to help you out, but we can guarantee they’d prefer to do that rather than see you in a whole heap of debt.

You don’t have to ask for a handout – you can make it a loan. So the idea would be that they would pay off your credit card balance (which has an interest rate of, say, 18%) and then they charge you a lower interest rate (say, 5%) on the amount that they’ve paid for you.

Your parents get a return on their money which is more than they would earn in a typical bank account. And you get to pay off the loan at a pace you can afford without the crazy interest rate.

3. Ask the credit card company for a repayment plan

If you’re really struggling to pay back any of your debt, then speak to your credit card company and ask them to put a freeze on your interest and agree a payment plan with you. Most credit card companies will do this, as long as you commit to regular repayments.

The debt charity Step Change has some great advice on how to go about it, plus a helpline if you want some help or coaching.

Multiple debts? Use the snowball or avalanche method

If you’re snowed under (see what we did there?!) with multiple debts and you’re not sure where to start with paying them off, then check out our tools on reducing debt, which includes the snowball and avalanche methods. Two proven ways of getting your debt under control.

Treat your debt like any other process. Tackle it head on, step by step and you’ll start to see progress. Focus on the next payment, not the total amount to pay off. That will help you stay sane!

Once you have a plan in place, where you’re paying it off every month, you’ll start to feel lighter and before you know it, it’ll be gone. 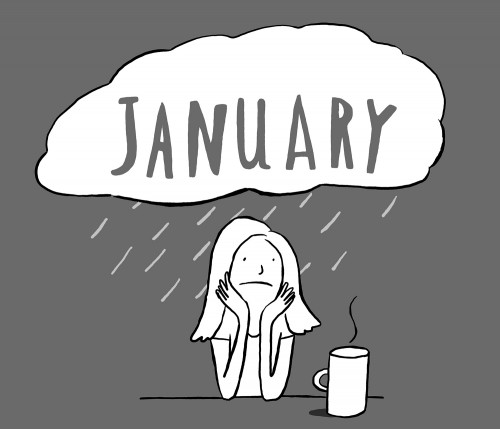 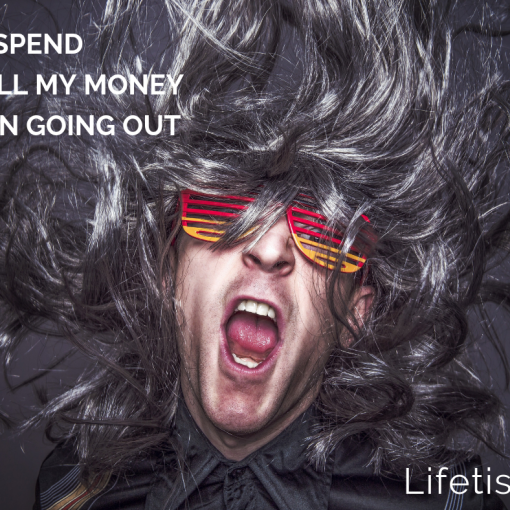 Dear Lifetise I’m 27 and living with 2 friends in a house-share in Coventry.  I work full-time as a project manager earning […]